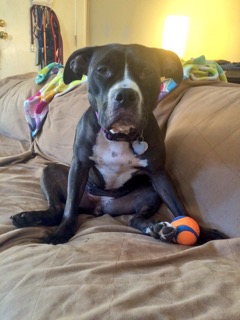 I started working at the Humane Society in Vancouver, Washington in 2012, and I quickly fell in love with this tiny 2 year old black and white Pit Bull named Angel.  She was an owner surrender and spent most of her 2 first years of life tied up in the people’s back yard to a tree 🙁

I was working hard to get her adopted because she was my favorite dog in the shelter at the time. One day I was at work and she was on the adoption floor and our head veterinarian said she witnessed Angel “aggressively barking at a child”, anyone who knows Pit Bull’s knows their barks can sound pretty demanding sometimes, and anyone that knows Angel knows that she would never be aggressive towards a fly and would shower you in kisses and cuddles before she would be aggressive to you.  The veterinarian then proceeded to pull her off the adoption floor and put her on the euthanasia list. 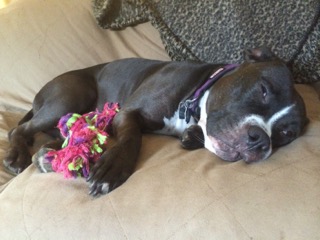 I demanded her to reenact the situation, and to tell me why she needed to be euthanized… She couldn’t do it.  The only thing she could say to me was that she “didn’t feel comfortable letting Angel out into society because she was dangerous”.  I wasn’t having that, so I tried my hardest to find her a home, I just moved into a new apartment and couldn’t take her myself, but the more time I spent with her and trying to find a place for her to go the more I fell in love with her.  After a week I finally decided to take her myself, and I have never once regretted it.  She is now my companion animal to help with my anxiety and I don’t know where I’d be without her. 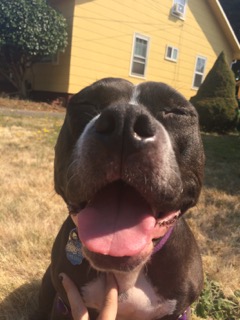 Angel changes the perspective of Pit Bull’s for everyone she meets.  When people are nervous around her, that quickly goes away when she greets them with that famous Pit Bull wagging tail, and showering them with kisses.  My mother was very nervous when I said I adopted a Pit Bull, but soon changed her mind and loves Angel and even calls her her “granddog”.

Adopting Angel has made me want to continue changing peoples perception of the breed for the rest of my life, I am wanting to start a rescue for Pit Bulls and am going to school for animal behavior so hopefully I can continue on this journey of showing people how great this breed and like breeds can be 🙂

What is your favorite part about being a Lovabull owner?

My favorite part of being a Lovabull owner is being able to change people’s perspectives of the breed when they get a chance to meet my pup. It’s amazing to see their reactions when she goes up to them wagging her tail and giving them kisses, and almost everyone says something along the lines of, “she’s like a normal dog, one of the nicest I’ve ever met”.

What’s your biggest frustration about being a Lovabull owner?

How are you making a difference in the lives of all Lovabulls now?

Currently, I am volunteering at Lovers Not Fighters Pit Bull Rescue in Portland, OR.  I am also going to school for nonprofit management, and biology (animal behavior mostly) so I can hopefully open up my own rescue in the future because it has been something I’ve wanted to do since I was a young girl.

If you could do anything and money and time wasn’t an issue, what would you want to do for Lovabulls?

I would love to put an end to breed specific legislation. No one deserves to have their dog discriminated against because of stereotypes.  I would also want to stop back yard breeding because they are just adding to the many, many Lovabulls that don’t have homes already, and they usually aren’t treated the greatest 🙁 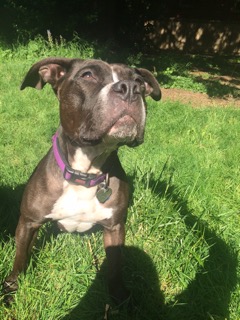 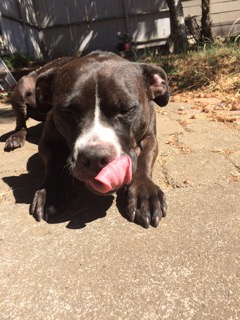 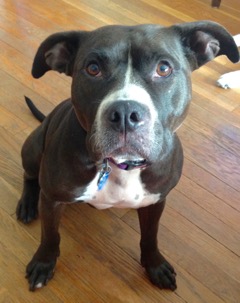 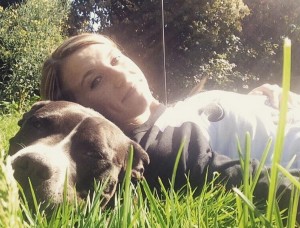