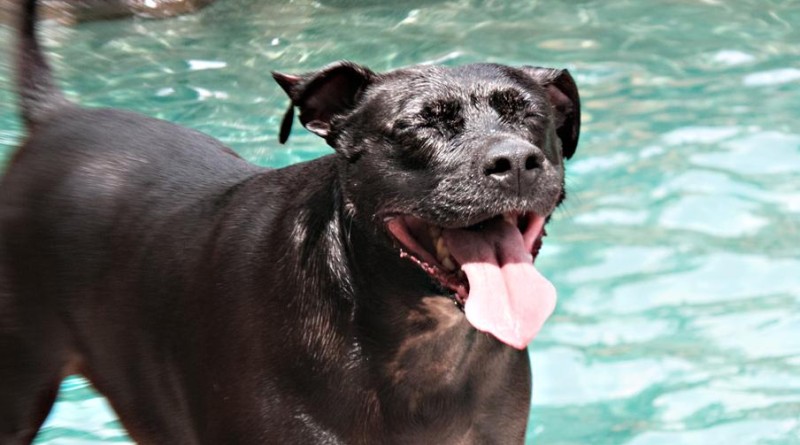 On a hot day in Huntington Beach, California, the Orange County Humane Society was showing off their adoptables on the beach.  One, in particular, stood out as she was cowering in her crate and not looking at anyone.  Her story was tragic.  Only 7-8 months old at the time, she had already been used as a bait dog in dog fighting.  One of her ears was ripped and she had scars on her neck and chest. 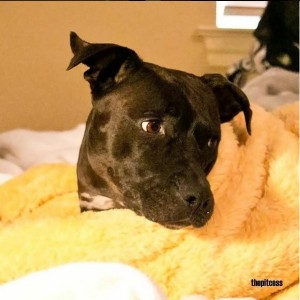 The thought of her never left my mind.  To imagine, being so young and to encounter something so horrific.  If she wasn’t adopted in the next two days, she was going to be euthanized to make room for more.

The following day, my daughter went to the shelter.  Again, Chloe was cowering and looked as if she had accepted her fate.  She had two things against her: being a pitbull and being a black dog.  I received a call from my daughter and she told me she adopted a dog. 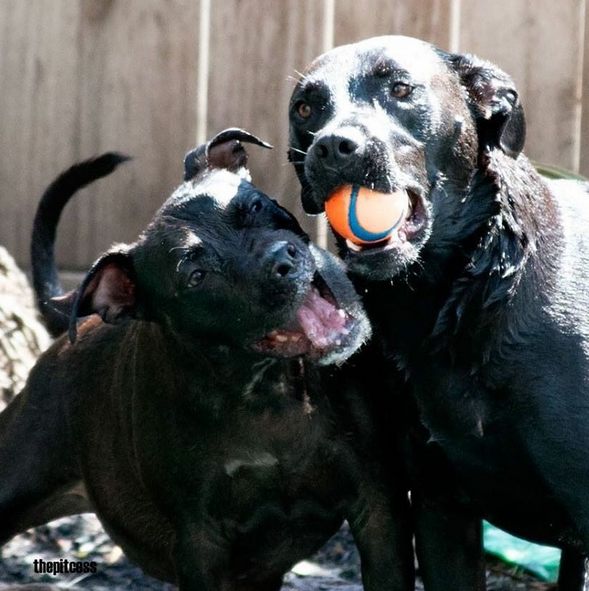 She was living on her own and going to school, when would she possibly have time for a dog?  I admit I was one of those who didn’t understand the breed and was concerned that Chloe was a pitbull.  My daughter didn’t care and took her home.

A few months later, they moved back to Texas and I went for a visit.  That was when I met Chloe.  It was then that I discovered that she was the sweetest, most affectionate, and loving dog I had ever encountered.  My daughter was having some issues without housebreaking her, so I told her I would take her home and train her and get her socialized.  Chloe hasn’t left my side since.  Even though my daughter wanted her back, I told her no way.  Chloe and I have a bond like no other and my daughter knew it. 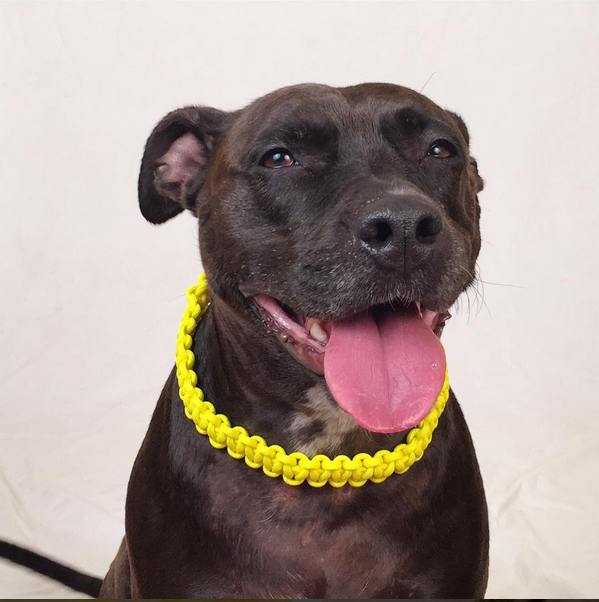 It took over a year to teach Chloe about going to the bathroom in the grass, as she acted as if she didn’t know what it was.  She was timid and would urinate anytime someone would approach her.  It was then that I decided that Chloe needed a job, of sorts.  I began taking her to the lake, the pond, in the pool… Anywhere she could get in the water.  That is Chloe’s calling.  She is most certainly a water dog.  After swimming for a few months, Chloe’s confidence had skyrocketed.  It was amazing.  There was no way that she would not swim.  She now swims daily, dives 7 feet, can hold her breath for almost a minute, and is confident. 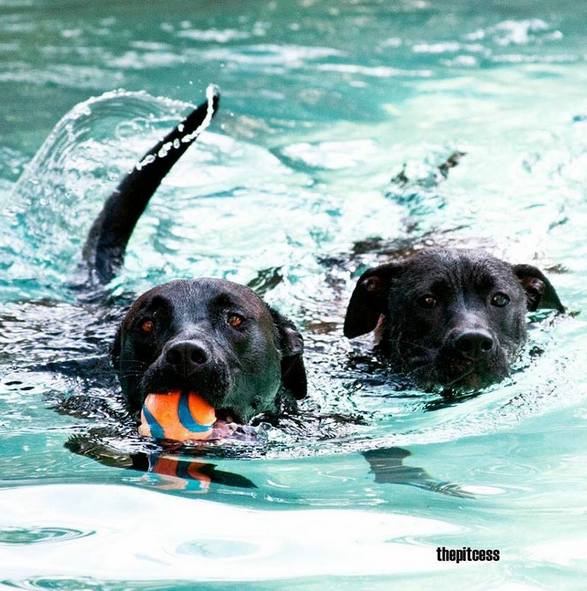 Chloe accepts every animal into my home as if she is there to help them become confident and happy.  Her love knows no bounds.  Chloe is the reason that I became an activist for this breed. She fills my heart and I cannot imagine my life without her.  I cannot even contemplate where I would be if Chloe didn’t enter my life.  I am writing stories about Chloe’s daily deeds for children.  I figure I would catch kids early so they can always remember that the breed doesn’t matter; it is all about the love and silliness that is associated with pitbulls.  I will fight for this breed until the day I die.  She is my everything. 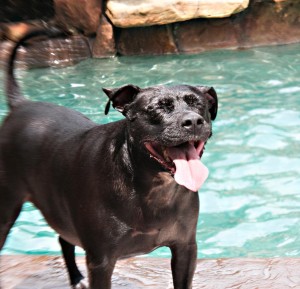 P.S. If you liked getting to know Chloe, don’t forget to share her story with the world!

Help us #EndLovabullHate for good by submitting your Pit Bull photos and stories HERE for a chance to be featured on @pitbullinstagram! CLICK HERE to share now!