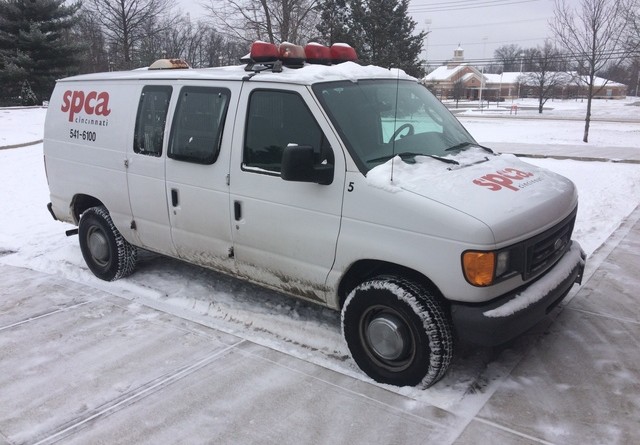 For anyone who hasn’t heard yet, a 1.5 year old pit bull mix was recently found hypothermic, locked in a local SPCA van parked in their facility in Sharonville, a suburb of Cincinnati, Ohio. When the dog was found 16 hours after being forgotten, freezing and unresponsive to treatment, the veterinarian treating the pup deemed that euthanasia would be the best option.

This poor pup died, not because 4 employees overlooked this pup due to a “roster inaccuracy” (even though that’s their story)…

He died, not because the temperature that night dropped down just above freezing, leaving the pup literally shivering to his death…even though that’s exactly how it happened.

This helpless animal died because of a larger issue that still plagues our lovable pit bulls everywhere. Irresponsibility.

And this irresponsibility happens to fall on the backs of the 4 employees who forgot this pup and the leadership of this local SPCA.

Whether or not everyone wants to admit it, the treatment of animals should be EQUAL to that of humans. In nearly every way. These animals, who cannot demand these for themselves, must be viewed and treated as created beings worthy of the respect and dignity they deserve.

There must be intentionality to create multiple protective checks and balances designed to avoid these tragedies, and there must be greater intentionality around fostering a strong organizational culture where responsibility around these preventative systems is a completely natural process.

A friend of mine recently said this about the restaurant industry that I believe is incredibly parallel to this issue.

“As a manager of a restaurant, I know a kitchen doesn’t get dirty in one day. It takes weeks of not doing things according to protocol.”

What would happen if a group of restaurant employees dropped the ball enough to kill one of the restaurant’s customers? Not only would these employees be fired, they would all be on trial for homicide.

Yet these 4 employees, and the leadership of this SPCA, will not face any major ramifications for their careless and reckless irresponsibility.

Why? Why are they allowed to get away with such action?

Should the employees, and more importantly the leadership, be held more accountable for these careless actions?

Should in fact, at the very least, everyone involved be severely reprimanded? Or rather, in a more serious manner, be let go completely?

And beyond all of this, how important is it for us, the responsible Lovabull parents, to speak out about this responsibility (and organizational culture) crisis, both locally and abroad?

And here’s one more fun fact. Check out this graphic that this SPCA sent out to their email list just a few days after this tragedy. To quote Carole Feeny of the Project Blue Collar…

“It’s a shame they use stock photography of a purebred Mountain Dog, complete with tags, to promote the message of homeless dogs. The message gets lost in translation and could be more effective using some real life examples of current residents.”

What do you think about all of this? Is it irresponsibility? Does this event stem from a lack of a strong, caring culture? Is it simply having the wrong people “on the bus?”

Let us know below.