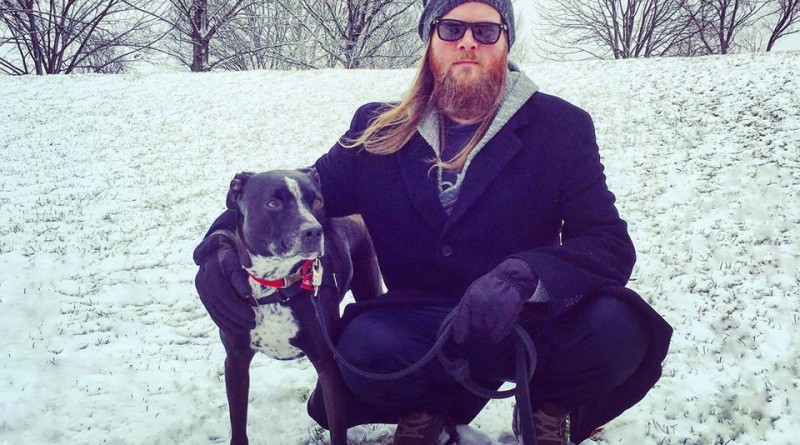 The weather was so bitterly cold this morning in Columbus, Ohio, that Alisha and I decided not to walk the dogs in it – choosing instead to wait until it warmed up a bit.

I decided to come home early and walk them while we still had some sunshine. Alisha has non-profit meetings all afternoon so I would need to take them one at a time.

So I leashed up Franky first, put his sweater on and headed out the door (unfortunately he refuses to wear any shoes over his paws – we’ve tried everything). 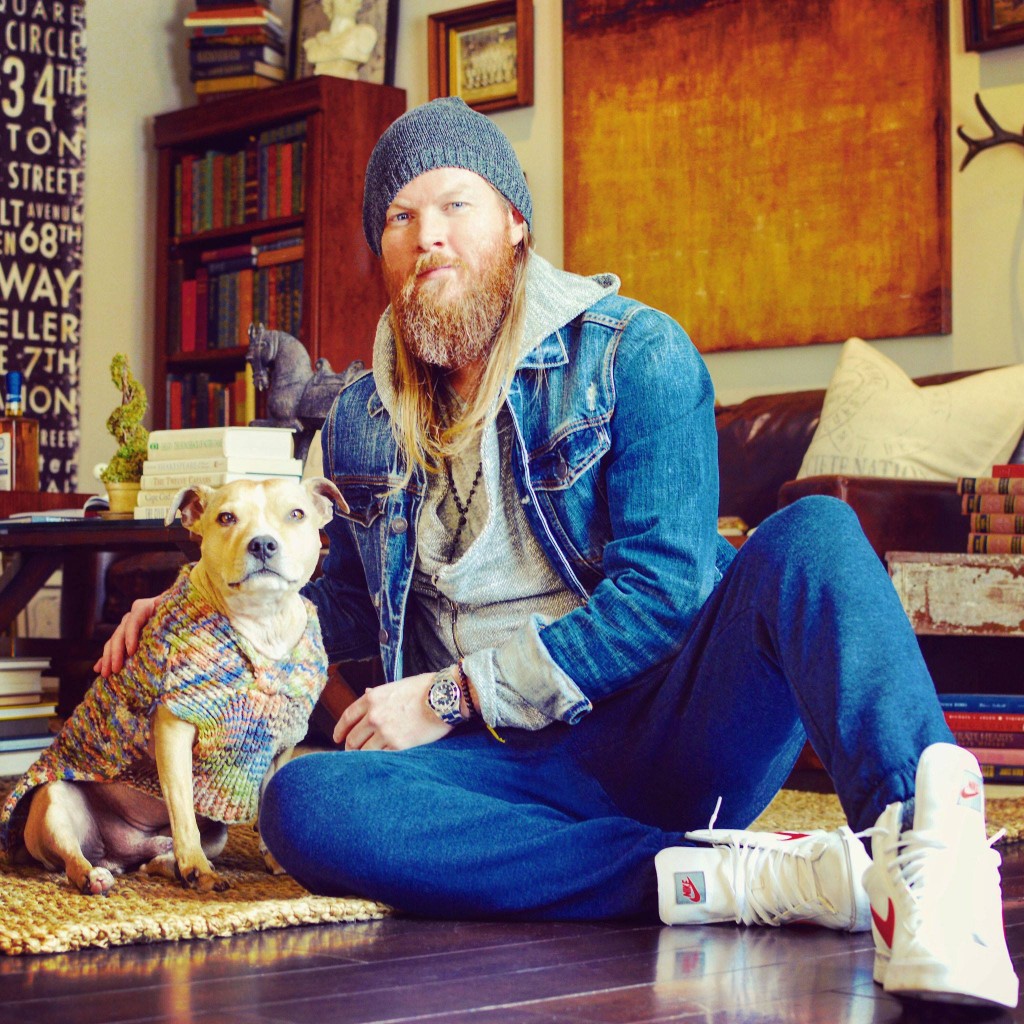 My plan was to stay very close to home in case it was too cold for him and we needed to cut the walk short and quickly retreat back indoors.

But Franky decided he’d rather explore and kept pulling me further from home. I assumed he was comfortable and allowed him to lead us further and further from home while he enjoyed blazing his own trail…

We got about 6 blocks away from home when he stopped, picked up one of his paws (all the way to his chest), looked up at me and began crying and whimpering in pain.

I knew then that we had pushed it too far (even though it had only been ten minutes).

So I picked him up and carried him home those 6 blocks. It was 15 degrees outside but when we reached the house I was completely soaked in sweat. (Franky isn’t known for his thinness after all). 😉

The whole walk back I was trying to smooth him by telling him it was ok and kissing his head while trying to warm his cold paws with my gloves.

When we got home I sat down on the floor with him to dry and warm his paws with a towel. The whole time he kissed all over my face to express his gratitude for carrying him home and helping him.

Why the long story you ask?

Because three things strike me here which are worthy of discussion.

1) How sweet, expressive and appreciative dogs are.

Franky was cold and in pain but still recognized the fact that I had helped him by carrying him home and then cared for his cold paws when we got in.

He was kissing me to say thank you and to tell me he was aware and appreciative that I carried him home and was warming him up (even though it was my fault that he was allowed to stay outside until his paws were in pain).

Animal behavior like this is precious and should always be recognized and encouraged.

2) It is simply too cold (and there is too much salt on the ground) for prolonged exposure to the outdoors.

Franky was outside for under 20 minutes total (10 minutes of which he was being carried and not touching the cold ground at all).

Dogs can get injured even after a few minutes in this extreme weather.

Please keep your dogs inside while it’s this cold. Monitor them when they go out for bathroom breaks. Short stints outside are enough.

Instead, give them play breaks indoors to expend their energy. Play fetch, give them a new toy or play games that stimulate them mentally as much as physically. 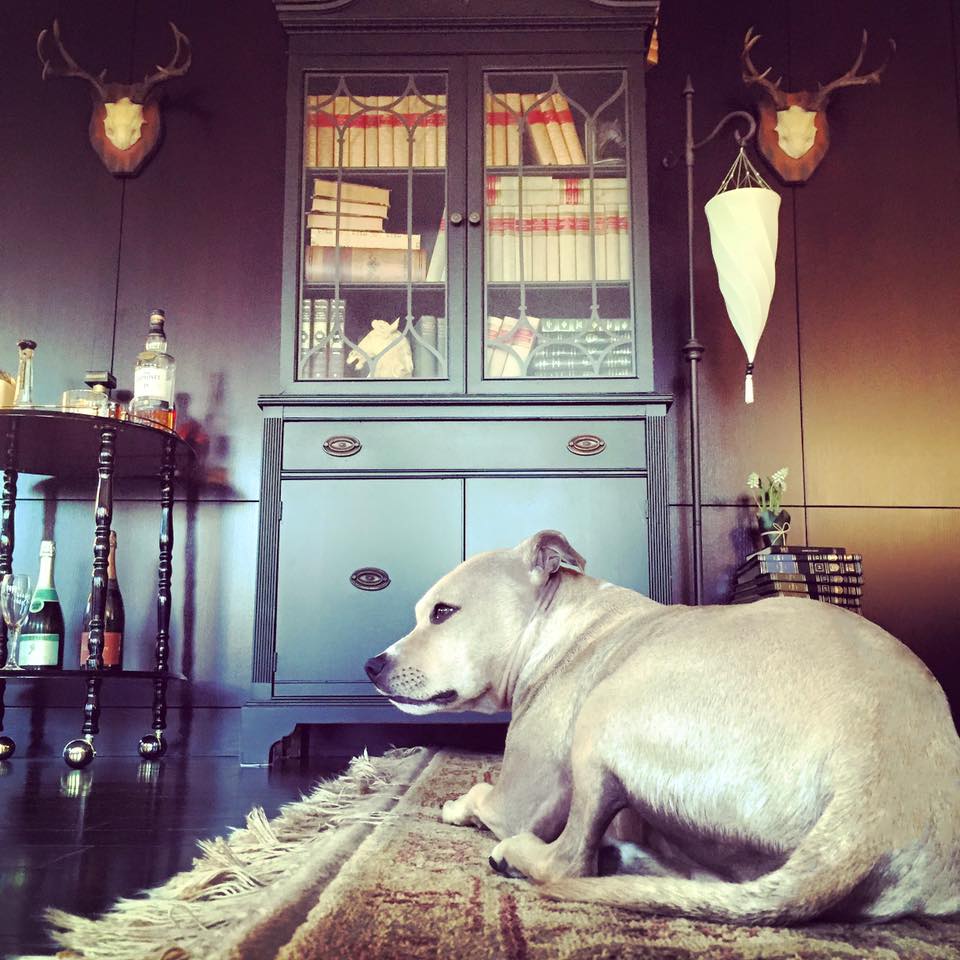 3) Dogs don’t always know what is best for them.

Franky kept walking further and further away from home. And even though I knew this was unwise I trusted his judgement that he knew what was right for him.

He didn’t have the foresight to understand how long he should be outside in these conditions. Even though he wanted to stay outside and have fun, his physical body couldn’t handle it.

Dogs may want to be outside in this weather but we have to think for them and protect them from themselves.

It’s beyond freezing. Please keep them indoors, safe and cozy.

It’s going to warm up over the next couple days so they’ll get their window for long walks and outdoor play soon. 👌

Thank you kindly my friends.

My wife Alisha (of 11 years) and I reside in Columbus, Ohio along with our two dogs, Franky and Dino. We are deeply passionate about the arts, veteran affairs, the environment and specifically animal welfare.

Going forward, I will be blogging about the importance of advocating for our precious and often misunderstood “pit bulls” here on the Lovabull blog. I’d love to connect with you, my fellow passionate advocates, so that we can stand up for our Lovabulls together.

If you’d like to connect with me and see my blog posts first, find me in the Lovabull Community App by searching for and friending Luke Westerman. 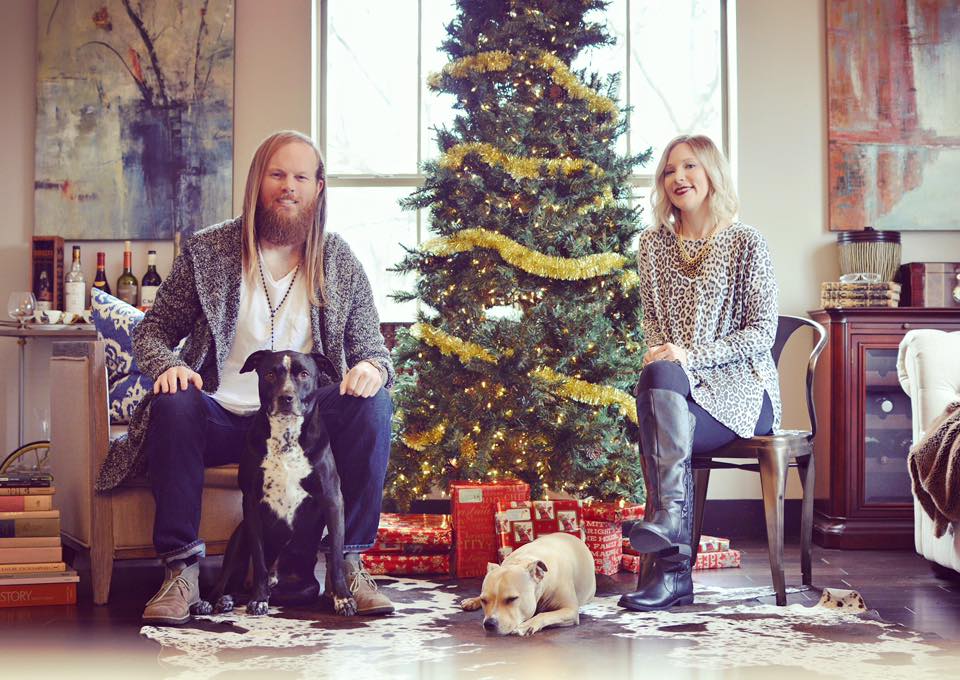